One late evening my husband received a phone call from his oldest sister. With the words: “Do you want a new apartment ?” Her words made us quite shocked because we already had our apartment, but his sister was quite insistent.

She explained to us that this apartment is in a much better place, more beautiful and far larger. So she agreed with my husband that we will go see the apartment and then decide.

In the end, my husband did not have time, so the tour of apartment was stretched until I came to see the apartment alone with his mom. When I came to the panel house I was shocked by my husband`s sister who already had her fully furnished apartment there. But…at the first sight I fall in love with her apartment. It was too  beautiful, absolutely new, and so great. Only Salon was bigger than my current apartment. There were another 3 medium sized rooms, a huge kitchen. 2 bathrooms and 2 balconies. I could not trust my eyes, together it was 180 m2 and everything was absolutely new!

I felt deep inside of my heart –  I cannot miss this apartment. It must be mine ! I could not wait to talk to my husband and talk to him about everything and move in.  But till now I simply had to ask his sister “When can We move in?” Because we were promised to have an apartment exactly the same as hers ! And she said: “instantly” ! Wow, we are so lucky.

I had a taste to start running home and start packing right away. But you probably ask yourself “how much such a big apartment can cost ? because as you could understand we will live  in a sublease. Well, imagine that Absolutely Nothing! Even if we live in a sublease – we do not pay any rent and the service and routine fees associated with the dwelling are also zero ! Such a chance can not be missed !

And as I was used from Egypt … sometimes it is better not to ask the most famous question ” WHY ?” This time I did not ask because I did not want to know the truth that this apartment would not run away.

So I told my husband everything I really felt, but his reaction was surprising and did not fit with mine. And quite accidentally during our conversation, his sister phone called us again that she has a good news that if we want to move to this apartment then we should move tomorrow! When I heard it, I immediately started to cheer and went into packing, but my husband was still not convinced, and suddenly he did not want to move. so I promised him that after he will see the apartment, he will love it much more than I … and that was probably enough for convincing him to move there.

The next day, happened exactly as I’ve already indicated. We’ve moved! And the very day of our arrival I understood why the apartment was free. The reason was that the whole panel house is still under construction!

It has 8 floors in total and will have 16 in the future! Therefore, it is quite dangerous to live there because anything can happen and the whole panel house could anytime fall down. And why the owner wants the people to live there? Well, because the panel house is build on a ” black way ” so the owner does not have to pay taxes. The owner insured himself that the panel house will be inhabited at the time of construction.And so the government can not demolish the house in the event of non-payment of taxes. In Egyptian law, it is said?

An inhabited house by people, whatever it is, government has no right to demolish or to evict away the people.

At the end  I got another apartment than my husband’s sister. Right next to her and with a larger area of 200 m2. Unfortunately I liked hers more, but I was still satisfied. Another thing for me was that I got information that we could stay in the apartment for only 1-3 years. And when the house is completely finished, all people have to move away immediately and apartments will be sold to very wealthy people.

How much can such a flat actually cost? This my silent question I asked aloud and the price shocked me – 1 000 000 EGP! This is a crazy price when you realize that the usual payout in Egypt is 1,000 EGP monthly. You will not be able save such a money even if you try all your entire life.But unfortunately or fortunately? There are endlessly many rich and influential people in Egypt who can afford such a flat so I’m sure that the apartments will be sold almost immediately at the time of its completion.

However, it turned out that living in the apartment was sometimes dangerous. I remember one morning when the workers were pulling out pieces of concrete and partitions on the 9th floor, and they broke my bathroom and damaged my kitchen a week later. and in a nutshell if I stood there in the time of damaging so I would not be here today. In their defense they repaired everything very quickly.

Than there was noise in the apartment all the time -day and night. And the workers could surprise you from everywhere – in the window, on the balcony, in the door … so you have to keep an eye on what part of the apartment you are using at what time. Which was a bit restrictive and, of course, thanks to their work, dust and dirt with the construction were constantly being poured into the apartment. 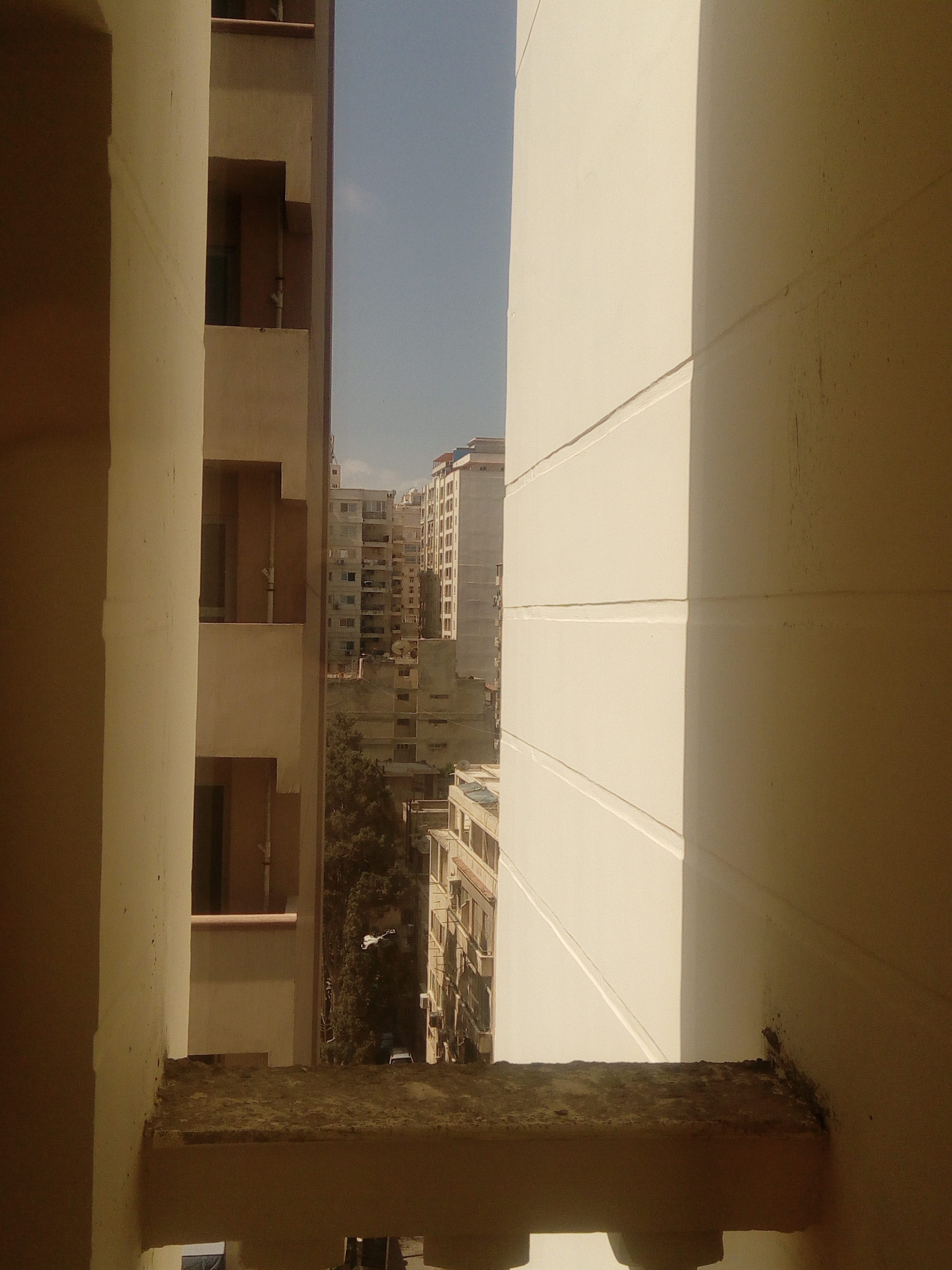 But I have to make a great compliment and my admiration for the workers. I have not seen so hard working workers in all my life, and practically they work without machines with bare hands. Imagine that the 8 floors were all built in half a year even with the elevator! That’s how fast this would never happen in the Czech Republic. The workers are working from early morning until dark without a break, except one for lunch about 30 minutes. And when the dark cover the land they are replaced by workers who are work overnight. And for this hard work they have a really bad salary. I really feel sorry for them.

The last thing I want to write about the apartment is that we had a lady who cared for the flats, looked for people, but we and others were constantly checked by her. How we use an apartment, in what state it is and whether we need something. However, the owner himself sometimes went to check the apartment also. Which was another restrictive thing because they told us what we should have in the apartment, how it should look like, etc. so we were under constant control. Which I completely hate with my nature but we have in everything pros and cons. And if a person wants something, he have to sacrifice something. 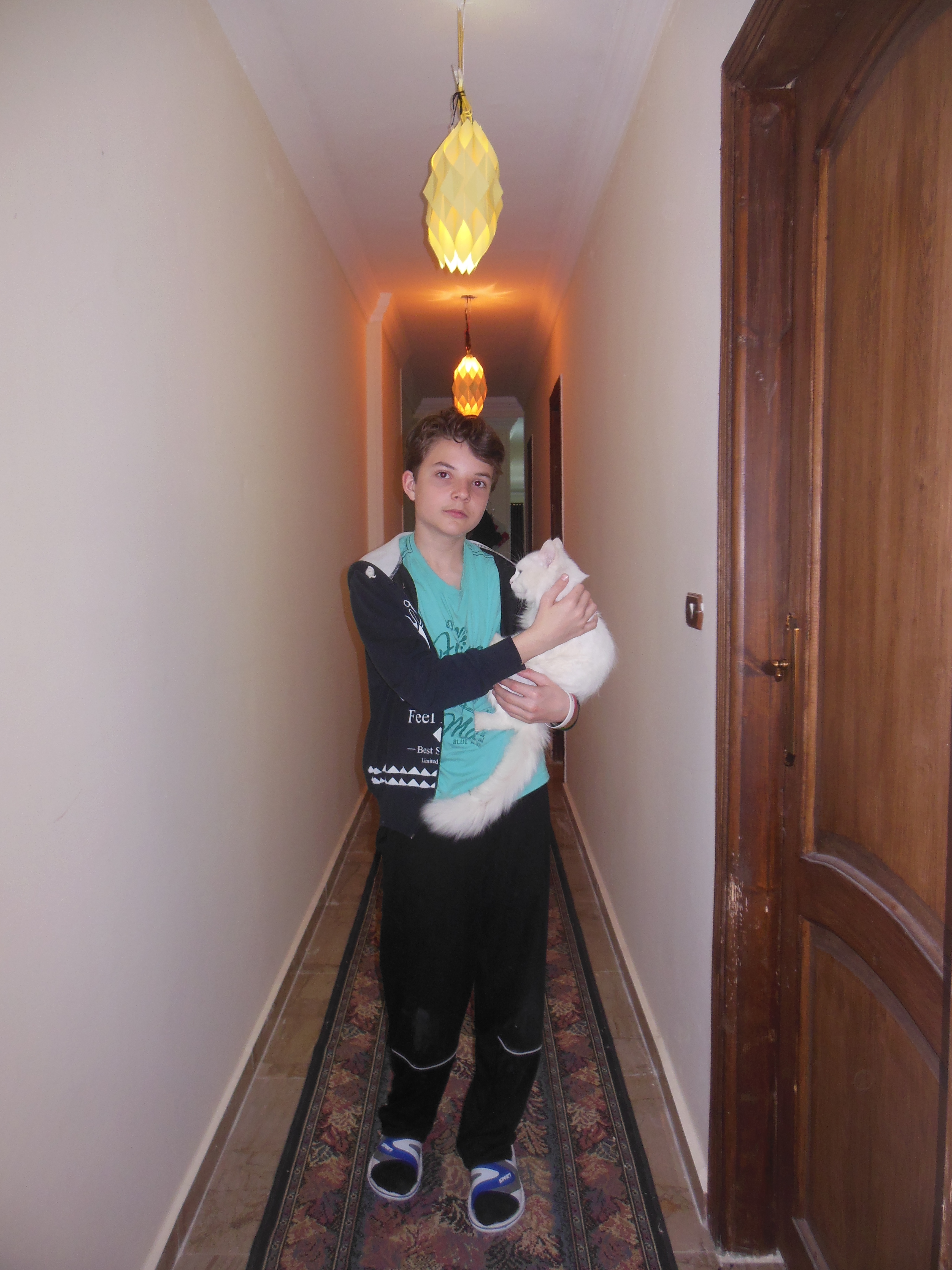 But it is true that I really loved the apartment and specially My Cat loved it so hard. He could not get enough of the two balconies because he had a long view. My cat was running across the apartment, and I was also happy that Salon was so big that I could play a football there with my husband.

Every visit envied us, and even at this time my parents came to visit Egypt so I greet them in a really beautiful apartment and they could not believe their eyes in what beauty and luxury we live in.

However, the fairy tale and idyll do not last forever. After half a year of using my apartment, we decided to go back to Europe. Whether it was a good choice or not to leave such a beautiful apartment that was located just next to the San Stefano, I would rather not think about it. Everything should be as it is. But even for the beautiful half a year I am extremely grateful and definitely do not regret it.

I have beautiful memories for my whole life.