Are you curious about how Egyptian celebrates a Birthday?

When I was still in Europe,  I heard they do not celebrate it at all.

First I was surprised because in Europe most of us has a big birthday party, with big cakes and a lot of gifts, so how someone cannot celebrate his own birthday when its too beautiful occasion? 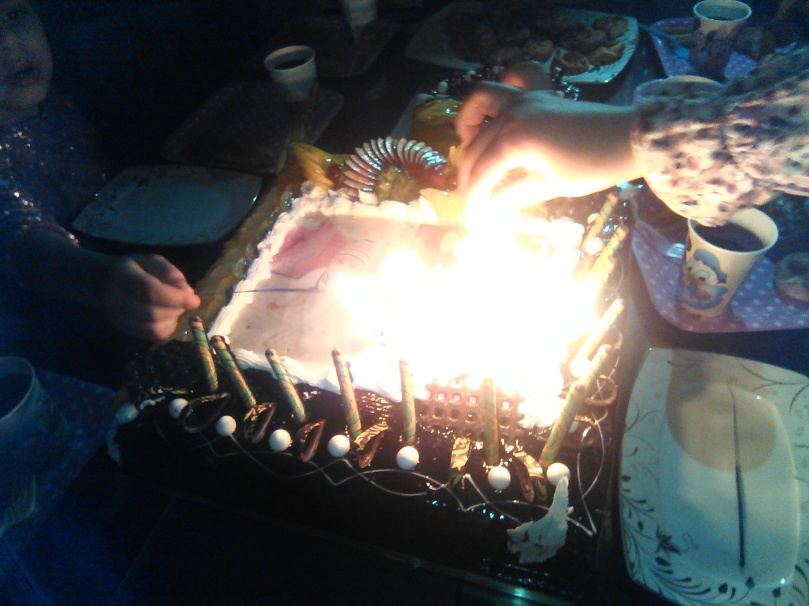 So the question is Why they did not celebrate their birthdays? I asked this question a lot of people and got a lot of answers and all the same. It is because of Islam. If I write it like this ,,it is because of Islam,, it sounds really cruel and really bad but let me explain you the reason why…

Islam is beautiful religion with own rules…we are following the life style of our last prophet Muhammad… it means we try to do everything what he did in his life. Because God made him the purest person in the world. So in his life he did not do any mistake, in his behavior he was like angel – that is why we try to follow him. Islam has a lot of beautiful occasion and celebrations and again we celebrate them as our prophet did. Well, and our prophet never made a huge party on his birthday. Of course on his own birthday he invited people to have lunch with him and all knew he has a birthday but he never exaggerate anything. He kept to be a modest person. If you want to know more about this topic,  soon I will write article about Islamic occasions so then you can get all information.

And next reason I would say as every mum wants to do her best for her child. To keep beautiful memories and photos to the album.

Then I heard someone will have birthday party. And because I knew this person I was very happy that I could join it and finally see how they will manage the party itself. Will it be different from Europe or it will be the same?

The birthday party started around 5 pm. People did not came in the same time but one by one so at the end we can say the real party started at 8 pm. Then it was a lot of people in the same place and noisy music and food and children was playing etc.

Each of the person of course brought a gift for the honoree. Difference in this situation is that almost everyone can join the party. Family, friends, neighbours but even if some stranger will come they will host him -. Thats what I really appreciate on Egyptians. They are too lovely and friendly.

So the start was about bringing the gifts and collecting people but at the 8 pm the real party started. They played the music – Happy birthday in many ways, European songs from cartoons but of course even Egyptian songs and Islamic songs. They were also singing and dancing. Children were playing by themselves mostly in all flat as they wanted. They were totally free at this day.

Then we received a food – two types of small cases with sweet and saulty pastry and of course a drink 7 up. But if you wanted tea or coffee you could get it very easy.

Honoree had a big cake but this cake we ate little bit later. Almost at the end of the celebration.

Decorations of the room was very beautiful and similar to European one. We had a cups and dishes with children’s themes, balloons, birthday beanie etc…

But the surprising thing is the birthday party is only for Women with their children. Men are away of such a stuffs except the father. Of course father can join the party for some time. I am sure you again ask yourself the magic question ,, why,,.  Well again in Islam but even in Egypt by itself its impolite to have mix groups of women and men. Its like the men should not look on another woman except his own wife. And because this room is full of woman so its really impossible for any man to enter it.

Next lovely thing is that Egyptians and now does not matter if its woman or man but they always celebrate without alcohol and cigarettes. Its really wonderful that the people can be too happy and high and have excellent time without the killing alcohol. And no one mind at all.

Honoree was beautiful, lovely, amazing 1 year old girl. So it was her first birthday in her life but she enjoyed it too much. She was dressed like a princess, she was dancing, playing with adults and children, eating her cake and also laughing, crying, sleeping and much more. She loved to be the center of attention.

I think even she is only one year old this birthday will stay in her memory forever. 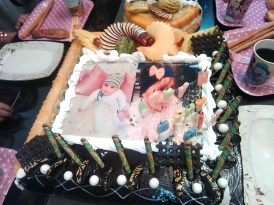 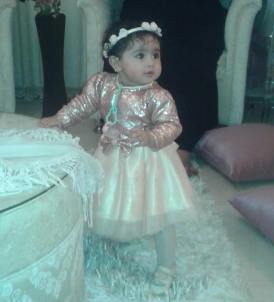 Honoree with her father 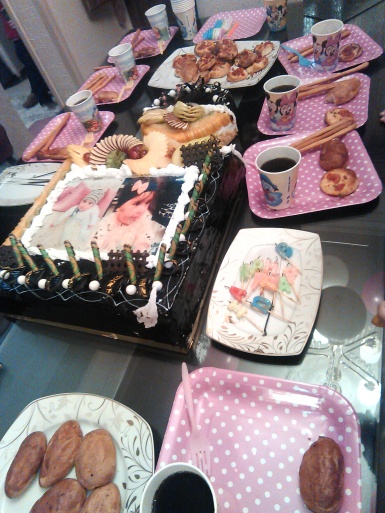