Almost every foreigner girl says that she has a negative experiences with Egyptian men. I always say it’s only because of one thing: they don’t know the country, tradition and behavior. And if they do not know it so very easily come across a cheater.

Usually they will enjoy with them, take their money, or use them for going out to from the country. And then such a women will cry not just a one night. However, I am not saying that all Egyptian men are like this because I see that good Egyptian man can really love from all of his heart and care about a family the way which Foreigner will never be able to do it.
I do not want YOU to fall for a bad man so I will give you 10 advices now, how to understand the Egyptian men´s behavior.

Never believe a man who tells you very quickly ,,I love you,,.
He can be really very persuasive and persistent. It would be a love for a first sight. He sees you and immediately fall in love with you. He tells you that you are the most beautiful girl in the world and he fall in love with you and wants to marry you. STOP! He is not serious! He does not love you! He just want another thing from you.. What does he want? Read…

I always wonder very much about these cases. I have seen hundreds of young men cca 20 years old who have a relationship with cca 50 years old woman. In Europe we say that age does not matter and love blooms at any age. And n Europe I really saw a girl 20 years old with her husband 80 years old and they really loved each other. BUT in Egypt this just doesn’t exist!So Why does he marry elderly woman? Ladies, I don’t really want to disappoint you but mostly it’s for money.
Many of these young men are even married and do not have enough money to feed their family. So even if you have a normal salary in your country, it’s a lot of wealth for Egyptians. On the other hand, let’s be honest why older ladies go with young boys from Egypt? It will not always be for a love but it may also be for a pleasure, passion or middle-aged crisis. Don’t you still trust me? Perhaps as a reassurance, it may be enough that Egyptian women would not go into such a relationship in life, nor would Egyptian men ever offer them. So be careful ..

3. I just Cannot marry you

Do you have a relationship with a man for a long time but he still tells you he can’t marry you? Is it impossible? Or expensive? Then he pretends on you. In Egypt, if a man wants to have a relationship with a woman, he just has to marry her or get engaged with her! There is NO FREE-relationship. Of course, to hang out with a foreign woman is very comfortable for them because they don’t have to pay for you or take care of you as they would normally do! By the way there is nothing easier than a wedding in Egypt. Weddings are nonstop in Egypt. The only obstacle for you is to have the paper that you are a believer (a Muslim, Christian or a Jewish)and if you do not have it so you can easily make it in Egypt. And if you don’t have the money for a wedding you can marry in the mosque where the wedding is free!

4.He does not want to buy you a flat and gold

Every Egyptian man, if he wants to marry, has to buy a gold and an apartment for his bride. Yes, you read very well, these are Egyptian traditions that have not changed since the Pharaoh. Does your boyfriend tells you, he has no money? Doesn’t have a work for good money to buy an apartment? or that Is very hard to get a flat? Or tells you that you are more clever than Egyptians because you don’t want a gold? Take care, he is not honest with you. In Egypt, they have something which we do not have abroad and it is
support of FAMILY. Thus, when he does not have enough money or resources, the family will always help him and especially in the marriage. Marriage in Egypt is truly holy.

Your boyfriend does not have a work and still repeats you its impossible to get a job in Egypt! Because you love him so you decide to help him. You go to work every single day, you work at home, you feed him and give him his money package. He is enjoying all the days outside with a friends and still cannot find a job.LEAVE HIM RIGHT NOW!
In Egypt men are grow up as a real Men! Not just boys but a MEN. It is a big shame if a woman feeds her husband in Egypt!It is really unacceptable. So actually his work is to finish your money which you have. and as long as you give him money he will be with you but then he will just leave you and go for other girl. 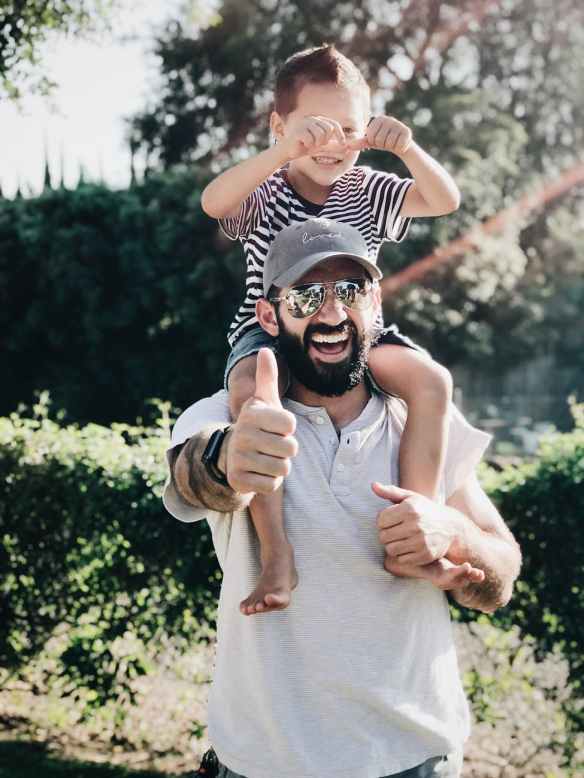 6.He Does not want children

Egyptians love their own children more than anything else in this world. They are so proud to have them. I didn’t meet a man in Egypt who doesn’t want children. Especially Egyptian men can not live without children. So if he is serious with you, he will definitely want to have children with you. And if he tells you that he does not want to a child then he definitely does not count with you in his life. In Egypt, mothers are really very respected and revered. And if he does not see you as a future mother of his kids then he even does not see you as a wife. You’ll always be only his mistress.

This is perhaps the most famous Egyptian trick but it still works. You’ve been dating him for about six months. You still travel for him to Egypt. You spend wonderful moments together and everything seems perfect as from a romantic movie. And when you get back in your country, you’ll receive a phone one day. He will be terribly crying with real tears and you will start to worry what happened. He tells you that someone in his family -dad, mother or himself is deadly ill. And to save him in the hospital, he needs a certain amount of money, of course he doesn’t have it. You offer him a help but he refuses. The more you offer him the more he refuses. But something else is happening in his head. He knows how to deal with foreign women and he is sure if he refuses your help you will trust him and send the money! And the moment you do it, you won’t hear from him anymore. No one was sick, he simply robbed you.

8. In tourist places are poor and uneducated men

Tourist places have one big drawback. They have nothing to do with real Egypt, and only mostly uneducated men work in hotels. Men without school. Now you will oppose the fact that you have listened them to speak a lot of languages so they must be indeed very clever. Yes! that’s all they can do. To learn 3 basic sentences from each language. I love you, I miss you, I wanna marry you. They know very well that foreign women come to Egypt only to enjoy and because in these places people are really very poor people so they will do absolutely everything to make any extra money with any way. Well, sometimes a miracle can happen and two people really can fall in love. But this is really a huge exception! Do not trust that you are the exception!

9. Invites you as a guest to Egypt

You have agreed that you will come to Egypt and travel together. He will show you the whole Egypt and you will really enjoy it. This can a look like a great start. But with one hook. If you really are his guest he will never let you pay for anything. Food, clothes, travel, accommodation … Egyptians appreciate the guest very much and are really great hosts.But if it is the other way around and you pay for everything and still he claims to be a huge discount. So be sure he took from you a lot of money for himself.

10. How to know a good Egyptian man

So my last advice will be: How to know the good man? And does he actually exist at all?Yes, indeed, there are indeed sincere, worthy and hardworking men in Egypt. Who will be happy to marry you and treat you with respect or just like Egyptian. BUT seriously girls-you have to stop being a naive. It’s really a different culture and mentality. And if you go to a country, learn their customs and traditions at least.
You will know a good man in Egypt that he will not immediately tell you how much he loves you, but he will speak with you with the utmost respect. You will never be his mistress. He will introduce you to his family. He’ll marry you. He will feed you and take care of you. And he will be planning a family with you.
However, each story has two coins, and therefore not only is it a mistake on the part of Egyptian men. In my E-book, you can learn how a foreigner women should actually behave in Egypt. That no one would hurt and abuse them.

I know this article is really hard and will be a lot of negative feedback. But remember the more negative responses will be from Egyptian men the more I can assure you that what I wrote is true.

So stay in touch.