I believe that studying history is not for everyone and may seem very boring, so today I present you with a cheerful and humorous form – 10 amazing things of Ancient Egypt. Things that unite us today …

I always say people should learn from history and the most from ancient Egypt. Because they had such knowledge which we do not have till now. Indeed, we have found very little informations about pharaohs. Actually, we found just a fraction of things which they knew or used. But even this small fraction of things proves how mature and smart they were… 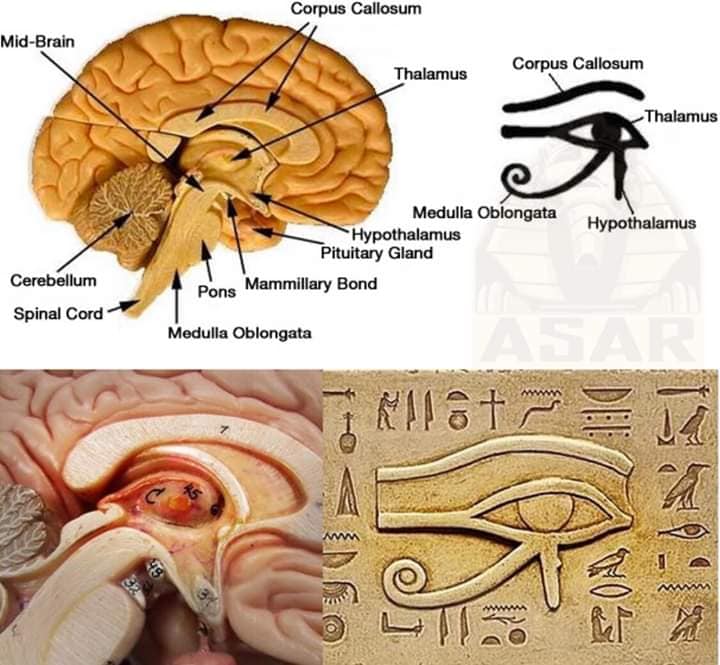 Who would not know the most important symbol of ancient Egypt. We see them everywhere, on papyrus, tombs, bracelet and neckless … we believe this eye will protect us. but do you know the true meaning of Horus Eye?

Look at the picture. Human brain, you can see the exact copy of Horus Eye in the middle. This part of the brain send signals to the body. So that the body understands what to do. Also this part is responsible for our sleeping. So it’s really the most important part of the brain. Well, how did the old egyptians know it? How could they draw the same picture?

It is known that medicine as such has evolved from Egypt, and we still have more and more evidence of ancient Egyptians had far more and better information than we have today. 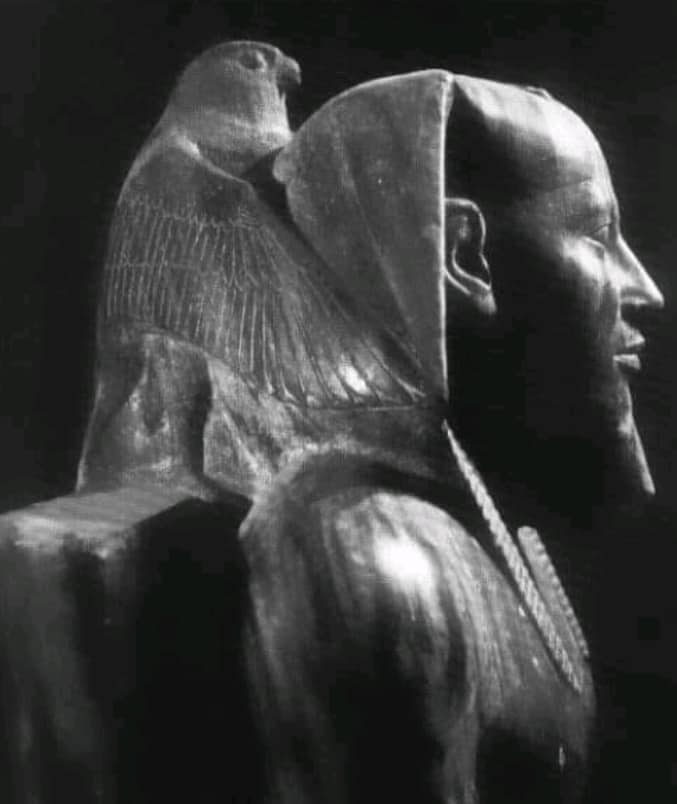 Pharaoh Khafra (the son of pharaoh Chufu who has the most famous pyramid),

he became famous for his most famous statue, which was carved out of Diorite stone. This stone is known for being grey, unyielding and very hard. No one was able to make from this stone a great statue. Only small items.

In addition, this statue is miraculous. It represents a sitting Khafra who has a bird Horus behind him. But you will only see this bird Horus if you are watching from right or left side of the statue If you were watching from the in front, you would never see the bird Horus. 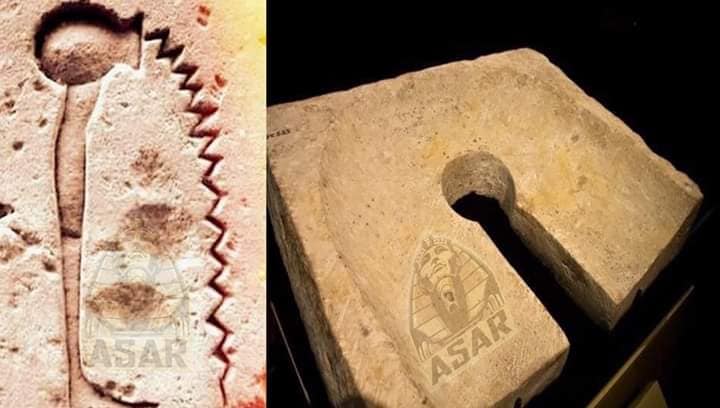 Did you know that the first shower and Toilet use the ancient egyptians? Pharaohs are famous for the cleaness and how they cared about themselves. Imagine, they were taking a shower 5 times per day! Who do it nowadays? (LOL) 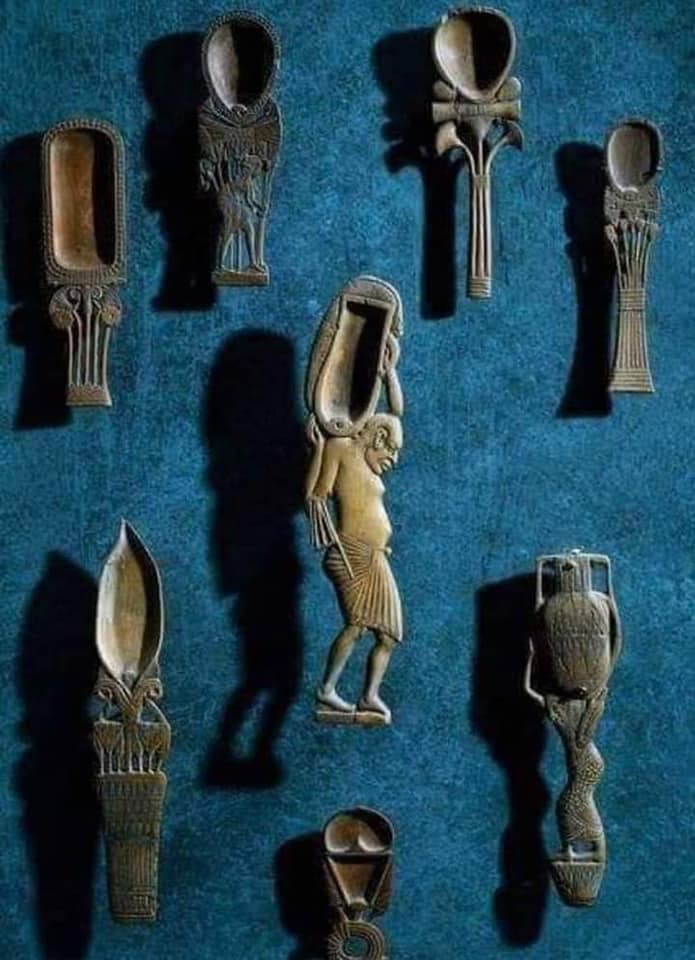 This is really interesting picture. And I never see it before. If you pay attention really carefully to the image. what could the subjects represent? There is a lot of things come on my mind, but the fact is that it is a cutlery. More accurately “Spoons” that were used for food but also for applying Make-up. 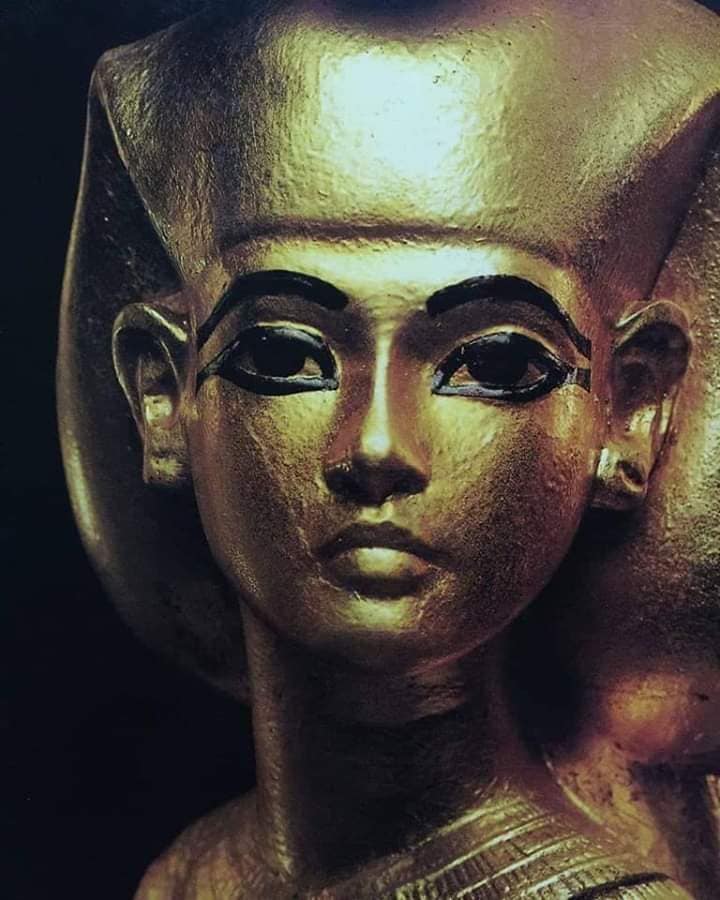 I’m sure her gaze will captivate you. She’s so beautiful and all from gold. The miracle of this statue is if you look at it, you will always feel she wants to tell you something or she wanna speak to you. Her expression is so precise and perfect. The sculptor of this statue was a real master. 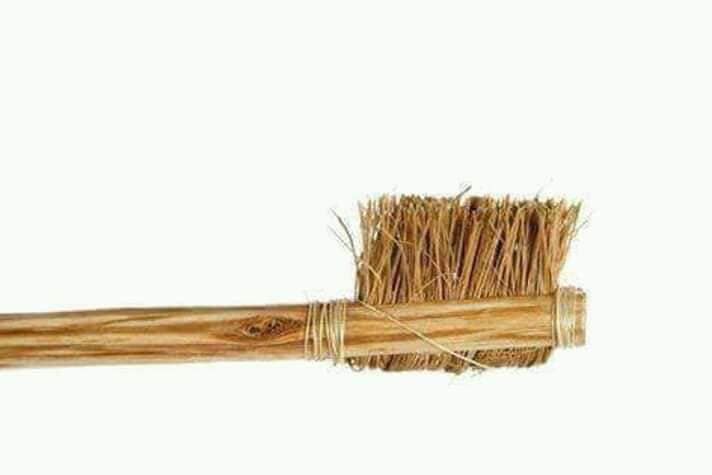 Do you see the wooden stick with bristles and string around it ? I think you already know what it is. YES! First Manual Toothbrush in the World! Can you understand that we use exactly the same things as the old Egyptians? Who knows, maybe we’ll soon find an electric toothbrush in one of their tombs. Actually, it wouldn’t surprise me at all. 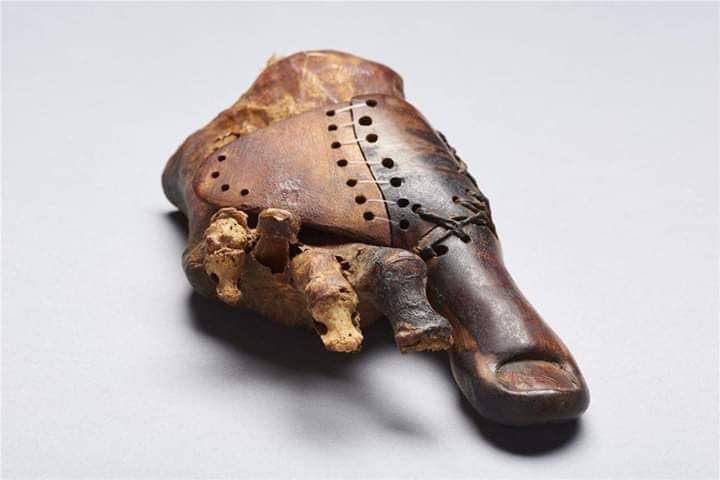 Unfortunately,  a 50-year-old woman lost her leg and could not walk. .But she was very rich. So she made a order for the first artificial leg in history. This product was really perfect.

The artificial leg was made of wood and leather. It consisted of 3 parts to be as flexible as a human foot. It was very comfortable and easily you could take it on and off. Even you could wash the Leather! 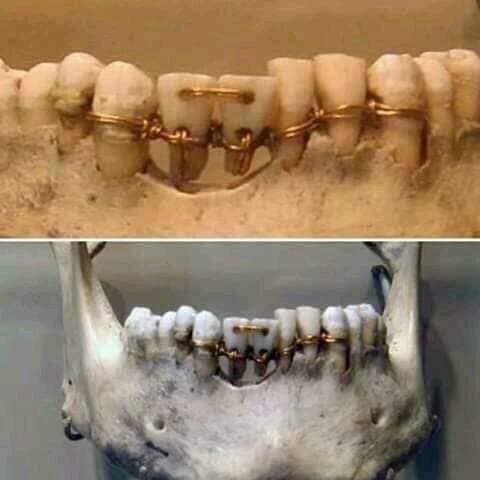 There are no detailed informations about these dental braces. As who it belong to or from which year. But look at the picture. It actually seems very easy idea and perfect one in the same time. Honestly I cannot imagine how they did the small holes to the teeth. Was it painful or not? Who knows…but its amazing they cared even about their teeth. 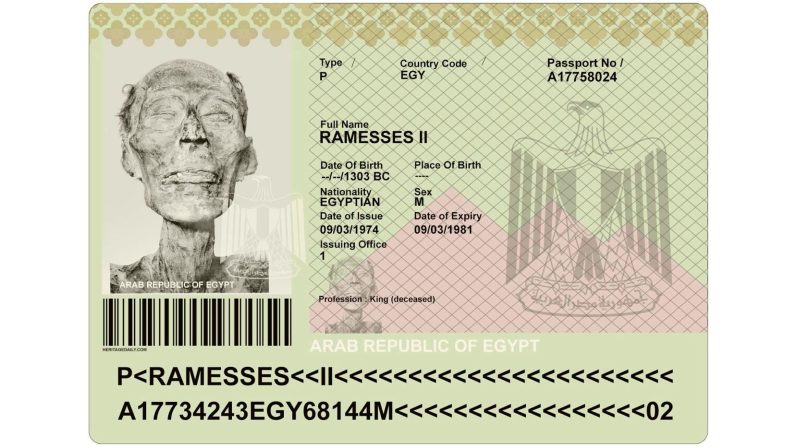 Let´s move to a funny part. Ramesses II. as the only Mummy got a Passport to travel. More specific – He got Egyptian passport for traveling to France. Because they found some virus and bacteria in his mummy and need to recover the body.

How he would act if his mummy rise from the dead and will see his own passport? I cannot stop thinking about it…Even I love Egyptian history and pharaoh so this act is for me on the top of funny thing which I have ever seen. 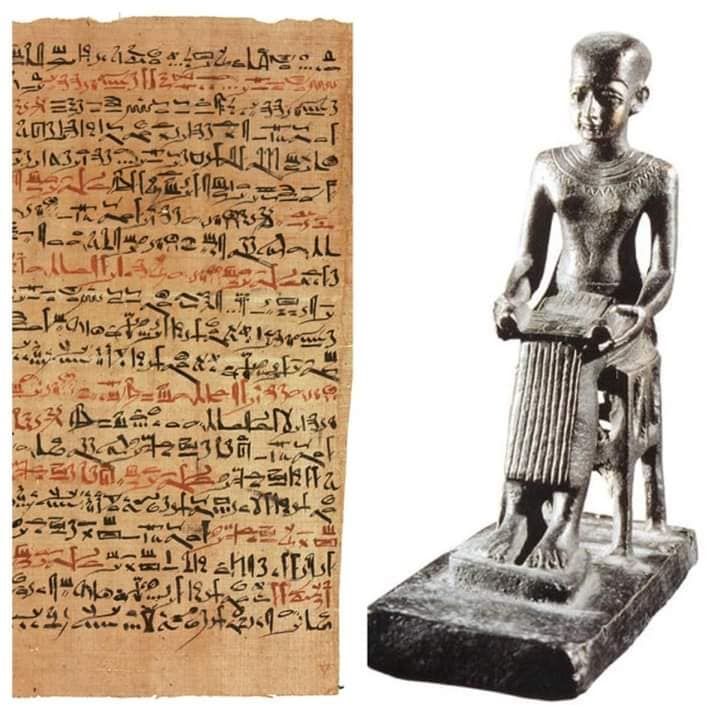 The best at the end. My favorite man from ancient Egypt- Imhotep. Surprisingly, it is not pharaoh but scribe, architect and doctor. I have read a lot of books about this man and he was incredibly smart and educated. His architectural and medical methods are used till now.

However, the picture shows a description of Cancer. He was the first person on earth to describe how cancer actually looks. I quote an excerpt : “Cancer has a size of fruit.Very tough and cold.”