In the morning I beautifully dressed my daughter and at 9 am I met my husband’s sisters in front of my house. We took a Toktuk right under the nursery so that we did not lose much time. when we entered in, I sincerely disliked it at first sight. From the outside they had beautiful posters, but from the inside everything seemed very old and dirty. We talked to the owner for a while but I knew this is not the nursery I dreamed of.

So the journey continued to the second nursery. My husband’s sister was talking about how amazing this nursery is but at that moment I stopped her. Because we reached under this amazing nursery but what shocked me was their Name on the poster. KIDZ Academy.… Are you really serious? It was my first question to the sister of my husband. KIDZ? you think i am going to put my daughter to a nursery who can’t speak English even they are writing they are excellent in it ?! I was really so pissed off. You know if we are in Europe, I would guess its maybe a style, but we are in Egypt! So it is definitely not style but they mean it absolutely serious. 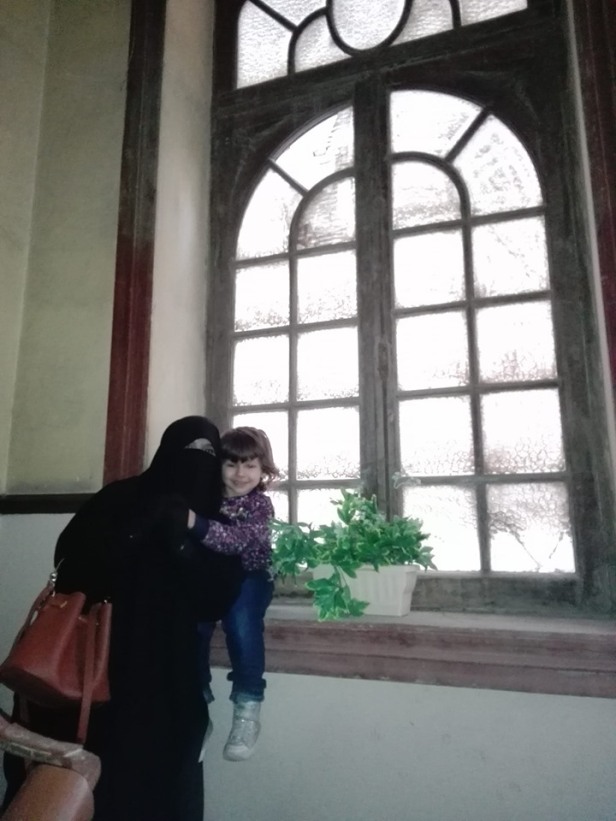 And this moment really made me mad. So how can I find out which nursery is the right one? How do I know if they really speak English as they say and promise? But at this point our Game started. I agreed with my husband’s sisters to test them by myself. So entered around 30 nursery. The scheme always looked the same. Firstly the sisters talked about the price and how the nursery itself works. If they knew the beginning that I was a foreigner, they would certainly increase prices. And when everything was arranged then I spoke. I spoke to them in English and I always wanted to see the English teacher.

Well, that was something! In most nurseries, when they found out that I was a foreigner they became so scared,so afraid of me, or try to escape with words English teacher does not have time to meet me. One nursery even refused us when they found out we really spoke English. What made me angry the most was a nursery called American nursery. Before I entered it, I told my husband’s sisters, “we shouldn’t go to this nursery, American English is quite different from British one ,, but what I forgot was that we live in Egypt! Here they really do not make any difference between American and British English … and worse in this American nursery they were unable to speak English at all. And when I met an English teacher she wasn’t able to put together a single English basic sentence. She just spoke by separated words. I really could not believe myself.

I was really exhausted in that day and I still could not find the right nursery for my daughter. we had two last nursery to see. in one they spoke English quite well but they refused to show me the nursery and I had to arrange an interview with the manager etc..complicated process and unfortunately I did not have time for it and so we reached the last Nursery.

A Nursery which is quite new and I certainly did not expect that right in this nursery I will find what I was looking for. Finally, they were not afraid of me and they spoke to me English – fluently! and were able to explain to me everything I needed to know. but I was really happy when I found out their English is really on a high level. Far better than in many foreigners. That day I told them that I still need to think about which nursery my daughter will join.

I love  how they educate children in Pure light nursery

But Me and even sisters of my husband fell in love with this nursery from the first sight.. One sister liked the fact that this nursery is placed in Villa and the other liked the yellow color and I liked the English so it was decided. For sure you want to know the name of this nursery, right? If you are in Alexandria and need some nursery for your kids so this information will be perfect for you. The nursery is called PURE LIGHT International Nursery & Daycare.and its located in Glim. so as I have amazing experience with them, do not be afraid to put your children there. This nursery really worth it!

Finding a nursery for my daughter was really exhausting, but in the end we succeeded! And I could not choose a better one!