I have the long expected surprise for you Today ! I have planned write about  a Baby shower half year ago and even I attended a lot of different baby showers so always something happened that I was not able to write about it or I did not have all needy information or a pictures but TODAY is going to change everything. I have all what you need to know right now. So Hurry Up to Read it because it took me a lot of efforts.

Baby shower in Egypt is really very different from European one. Actually we have 2 kind of baby shower here – Egyptian one is called Sobooa and Islamic one is called Al Aqeeqah.
Today I am gonna speak only about True Egyptian baby shower – Sobooa.
When a baby is a born in Egypt so the traditions of Egyptians are saying you should make Soboa on the 7 day after the birth. However a lot of people do it till one year since the birth of the baby. The reasons are mostly about money because to prepare baby shower is not cheap at all. So they just want to gain a time and prepare the baby shower properly and richly.

Anyway the planning and preparation of the baby shower starts immediately after the baby is born. when the baby is born so all the family and friends and people who you know are gonna to call you and ask you ,,when will be the baby shower?,, This gonna be 24 hours every day -Its like the calls will never stop at all.

Do you wonder why are they doing this ? The baby shower is actually the first time when you will show and introduce the baby to the people. So till the baby shower itself probably no one will see the baby. Of course except the closest one.

WHAT DO YOU NEED FOR EGYPTIAN BABY SHOWER ?

Now its the right time to talk about what you should actually buy and what you will need.
You must buy special traditional Egyptian food of baby shower called  Al -kuskusi and special drink called Al-moghat. Then coconut, sugar, butter,raisins. You are gonna welcome your guests by this food and drink. So every guest will have just one plate of Al-kusksi and one cup of Al-moghat.

Al kuskusi: its small steamed balls of semolina. And you will prepare it this way: melt a spoon of a butter in a pot on a fire then put a cup of al-kuskusi and mix it well together.

After put it to a dish and add sugar,raisins and on the top sprinkle with coconut. you can buy al-kuskusi in any shop all the year or you can buy it from someone who make it at home. Of course home made is more delicious.

I really like it too much. The taste of al-kuskusi is very sweet and really perfect.

Al moghat: This drink is kind of sweet and bitter in the same time. I do not like it at all. I tried it once and do not want to try it again in my entire life. Anyway you will make it this way: firstly you will buy a yellow al-moghat powder.

You will put one spoon of butter to the pot and melt it on the fire then you add 6 spoonsof yellow al-moghat powder and mix it together then add 2 glass of milk or water.

Again mix it properly still on the fire and its ready. 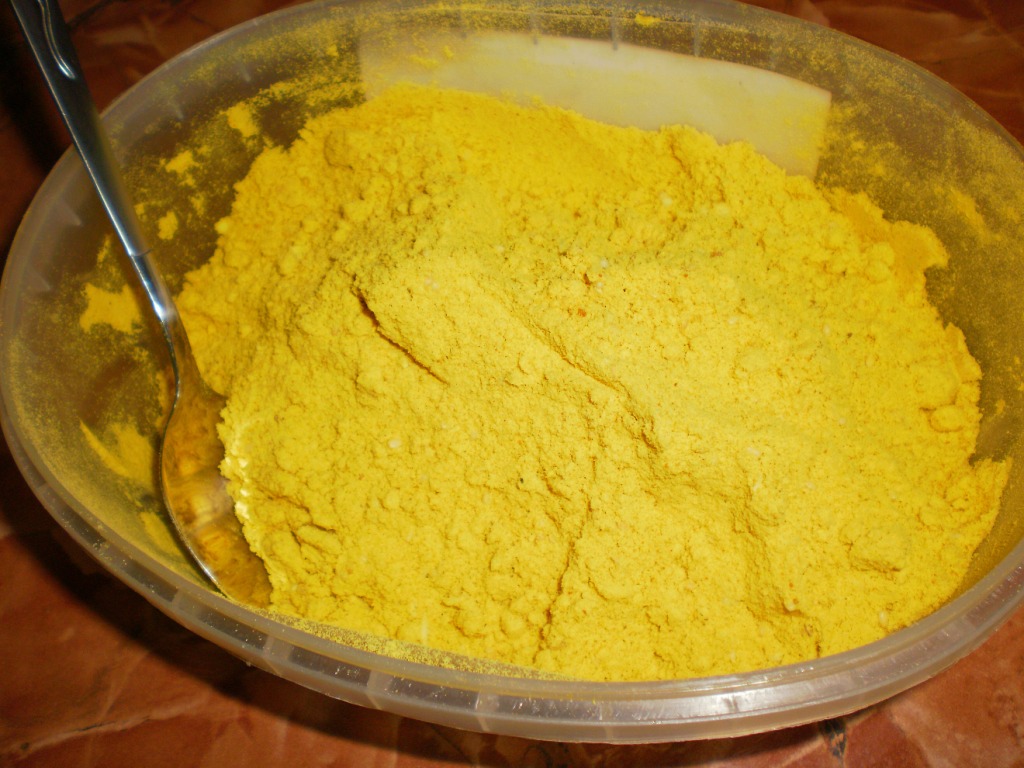 Make it to the cups and put sugar as you like and at the end put little bit of coconut for decorations.

So for the case of al-kuskusi and al-moghat you need to buy a plates and cups – it can be just for one- use only or Egyptians also use beautiful dishes which they have in home.

Well, some Egyptians try to do some changes and sometimes buy a cake or rice with a milk and Pepsi or Sprite and so on..But its too little amount of people who do this and its not a traditional.I have to admit I was a big fan of these changes and I even tried to advice how  to make in European style (to make a cake, or popcorn in beautiful box with the baby name or drinks with a baby names or a chocolate fountain and so on.. ) BUT ! Egyptians are Egyptians ! Even they love the European style and desire for it so much  – They never gonna change ! Theirs traditions are simply untouchable.

Then you need to buy a decorations for the home. Balloons, small candles for everyone, glossy paper and you will cut the baby name from it and hang it up on the wall and baby bed specially for baby shower..

And the most important thing are a gifts and gift`s bags. From gifts bag here is  millions of kinds just for a baby shower and you will just choose what you love the most. And gifts are mostly ,,plastic box,, with baby motive and you will put inside it goody, Hummus, and small sugar ball candies. Also you can buy as a gift small baby statue and chocolates. So its up to you what you like actually. And all of this you just put to the gift`s bag and extra you add again 1 tall candle. 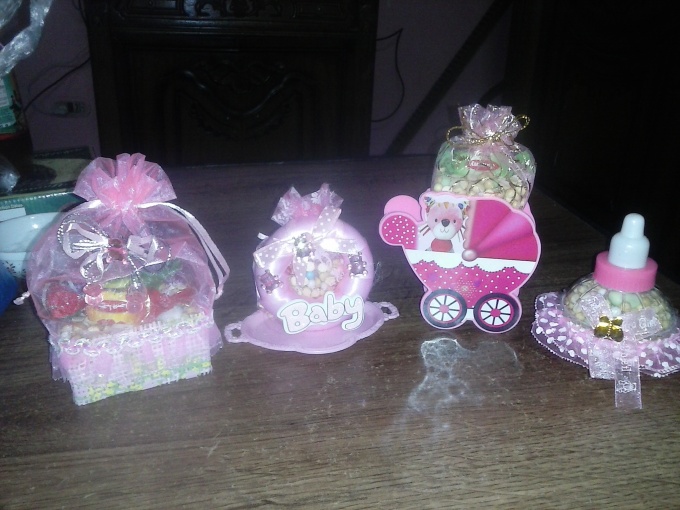 Hummus with candies in plastic boxes (gift for a guests)

Oh I almost forgot you definitely must have a music ! Special Egyptian music just for the baby shower. And to this you have to buy big speaker. Because you are going to play the music at full blast to wake up All Egypt !

WHAT DO YOU GAIN FROM BABY SHOWER ?

This is the most important part of all. The second reason why we make a baby shower actually 😀 The first reason was to introduce the baby to the world and the second reason is To Gain a profit – money or gifts. Every guest who enter your home on the Baby shower must bring you gift and its mostly clothes for the baby or toys, can be even diapers, cosmetic even medicine if they know you need it. And if they do not give you a gift then they are supposed to give you a money the package is around 50 L.E. someone give even 100 L.E. and some people give you money and gift together. 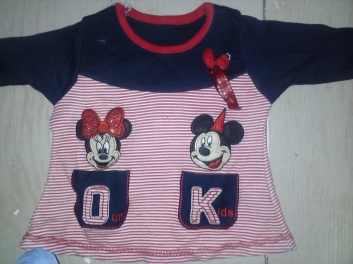 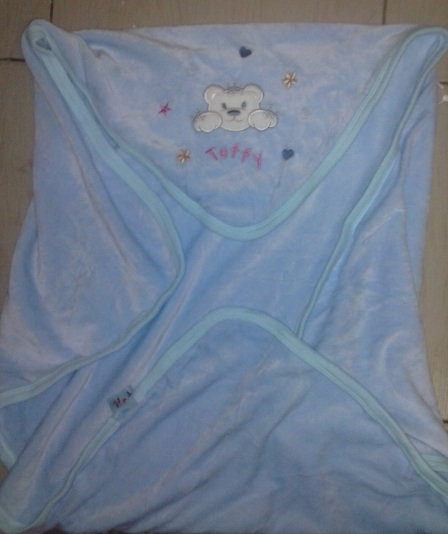 But it has one problem, these money and gifts are not presents as a presents. it is a loan which you have to give back one day. Mostly you wait after this person has a baby also then you simply repay the gift the same way on the day of baby shower. Actually we are moving in a circle. Person give you something -then you give him back, then he give something to your children then your children repay to his children etc..

HOW  DO EGYPTIAN CELEBRATE IT ?

All occasions in Egypt starts after prayer Al-Magrib. Its the forth prayer in our day and its late afternoon around 5 pm. The guest comes, you invite them to a salon ( the same as living room in Europe) you give them the food and drinks, then you will bring the baby to show them. The baby is going from one person hand to other hands – all want to carry the baby and cuddle him. And in this moment they will give the money or gift to the baby hands. Every time the baby catch some money so the mum quickly will take it from him and hide it. The Egyptian people actually does not want to show to the other people how much money they give for the baby that`s why the mum hiding it. We can say all Egyptians are afraid of jealousy very hard.
Then you are going to play the music ! And imagine – with a music the girls starting a dance – of course belly dancing. No worry the men are not included anymore in this moments. Since now its just the girl`s performance…

After you sing and dance enough the Egyptian habit starts…You put the baby inside the baby bad specially for the baby shower and put him in the middle of the room – of course all people will stand around the baby. Then they put a knife on the baby -just the knife will lay down on the baby`s stomach – no worry there is NO HARM .

The people will call the mother of the baby to come beside him and she has to cross the bed with the baby inside 7 times. While she is crossing the bed, the people are banging the drum and saying: to who the baby should listen and to who not and how the baby will be in his life etc.. something like a “witch , who predicts the future for the baby”. Its actually very funny. Mostly they make a fun of it.
The reason of the knife and the crossing is against envy. Egyptian believe the knife is killing the envy so then the baby will be save of this.At the end all people will light a candle and then will again sing some songs together.

And that`s the end, after all are going to home and before they leave your home you are gonna to give them the gifts bag with a gift and hummus and so on as i described above.

But trust me this is true Egyptian baby shower and has nothing common with Islam at all.

“I am pretty sure you have never heard about baby shower like this before, Did you? 😀 “